This will be a long post, because it was a long year.

At the end of 2018, I decided to largely cut back on public speaking, so I could focus on my work. I had a few things I wanted to accomplish in 2019:

I was excited for a quieter, more focused year.

Instead, the following happened:

This year was full of changes and many stressful nights. I ended up traveling right after my breakup, and would go from crying in my room to shaking people’s hands. I won’t pretend any of it was easy, because it wasn’t, but it also didn’t leave me broken. I’m stronger now, in every way, than I was at the beginning of the year. 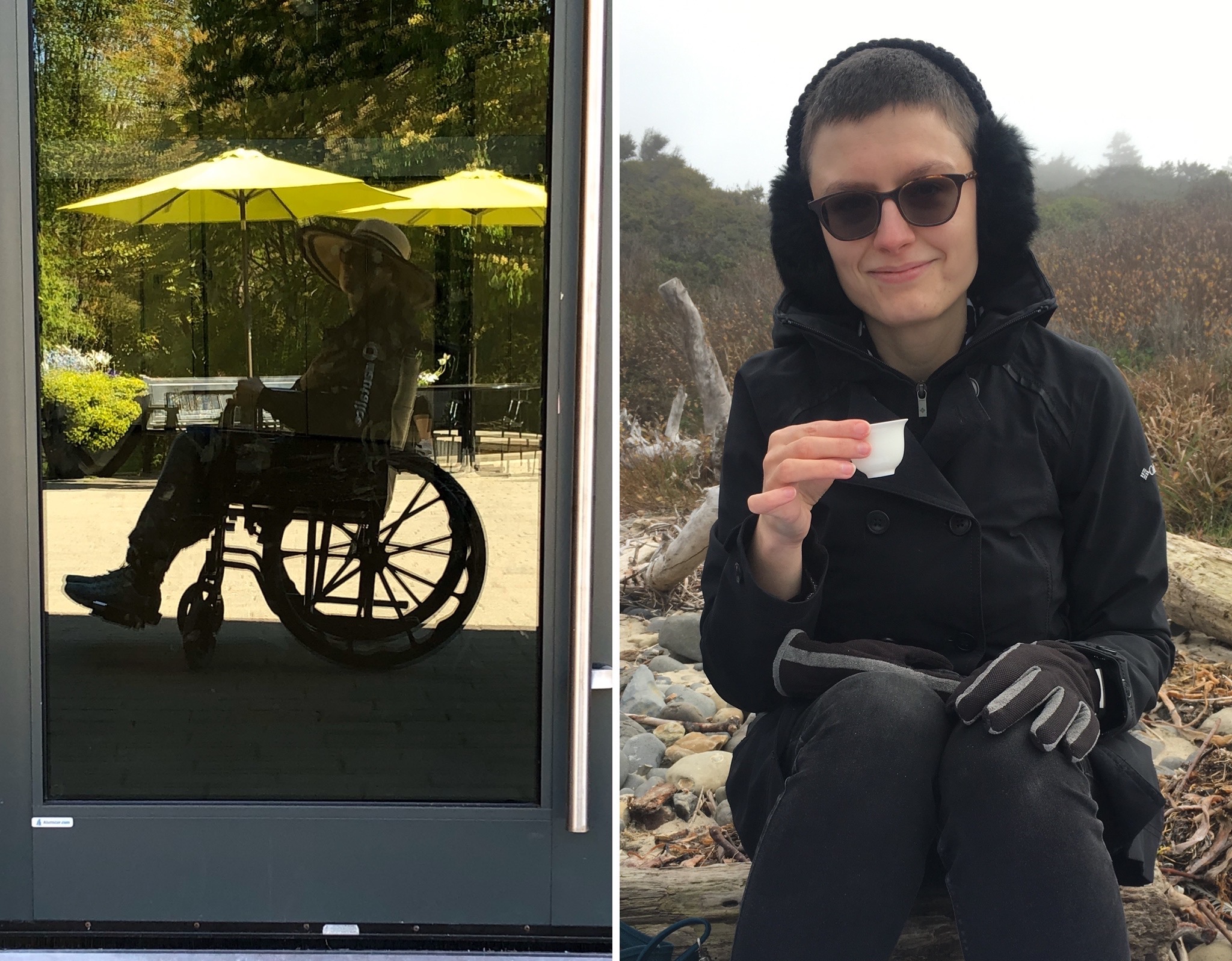 Before and after physical therapy

But this year wasn’t all trials! I also had some wonderful experiences, and I want to share them.

One of my favorite things this year was streaming CTF (Capture the Flag) challenges on Twitch. I sipped tea while working through levels on Microcorruption and the Google Beginner’s Quest with hundreds of people watching and chiming in. My streams ended up encouraging other people to try CTFs, and I still get email updates from some of them on their progress. I plan to stream again once I redo my home office.

Got Published in China

I didn’t write as many technical blog posts as I wanted, but my How to Get Into SRE post was a big hit. It was so popular, that InfoQ (responsible for the QCon conferences) asked to publish a translated version on their Chinese site. I’m always tickled to see how far my writing travels.

Chuck is an author I’ve been Internet Acquaintances™ with for many years. He came to town as part of his Wanderers book tour, and it was lovely finally meeting him in person! 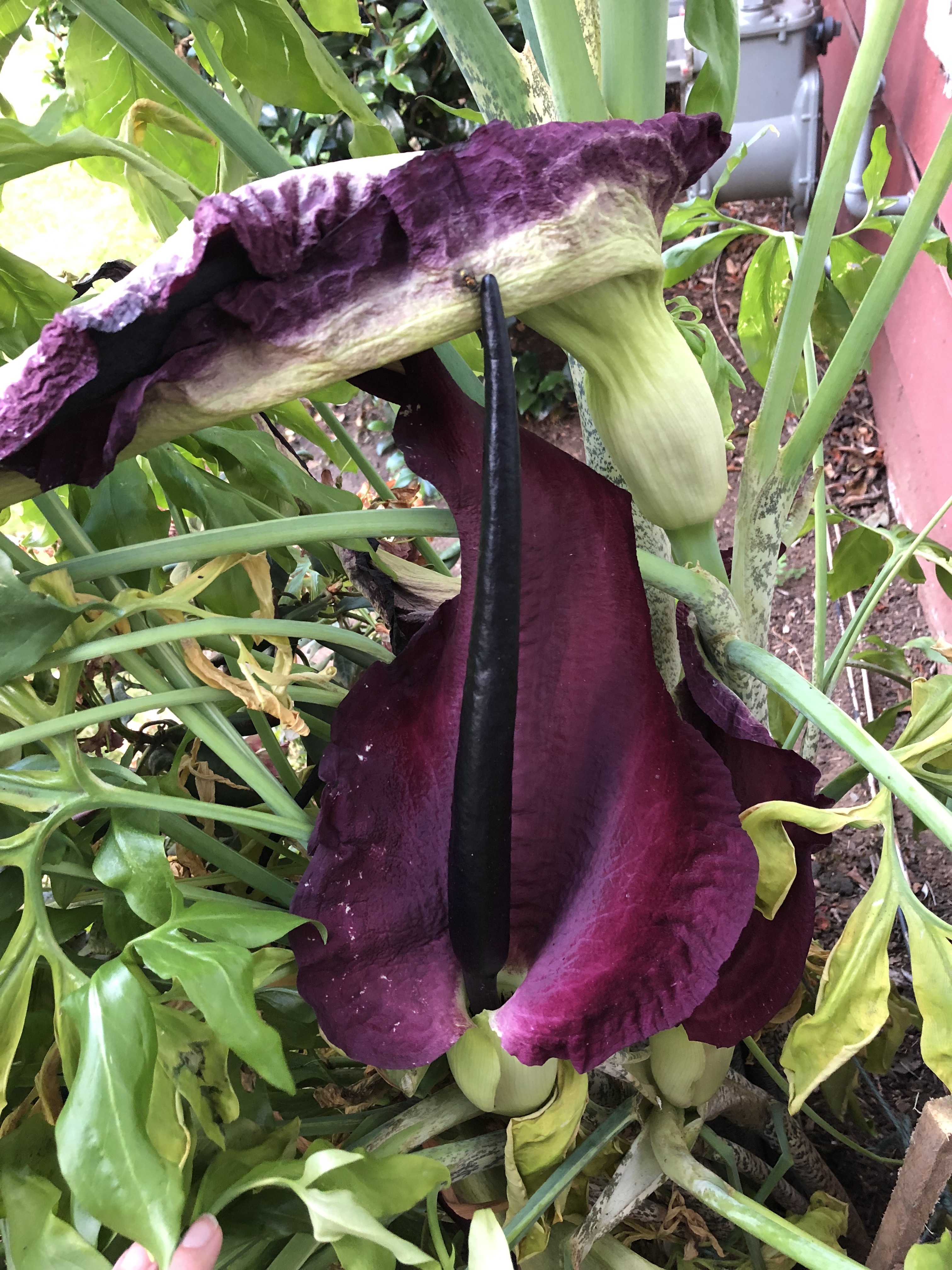 Foo Camp is an invite-only campout at the O’Reilly office in Sebastopol. I had the pleasure of attending this year and mingling with technologists, scientists, artists, and politicians from around the world. It was both wonderful and surreal, and I hope I get the chance to do it again.

Tacked onto Foo Camp was a quick trip to nearby California Carnivores, the largest collection of carnivorous plants in America. I got to meet Peter D’Amato, author of The Savage Garden, and thank him for writing such a thorough guide.

A lowkey goal for this year was to explore more oolong teas and that was a goal I actually achieved! I’ve had a wonderful time sampling different styles, expanding my gong-fu setup (my friend gave me a gaiwan she bought in Hong Kong), and spending entire afternoons seeing how many infusions I can get. So far my favorites are Taiwanese oolongs, like Wenshan Baozhong and Dongfang Meiren. 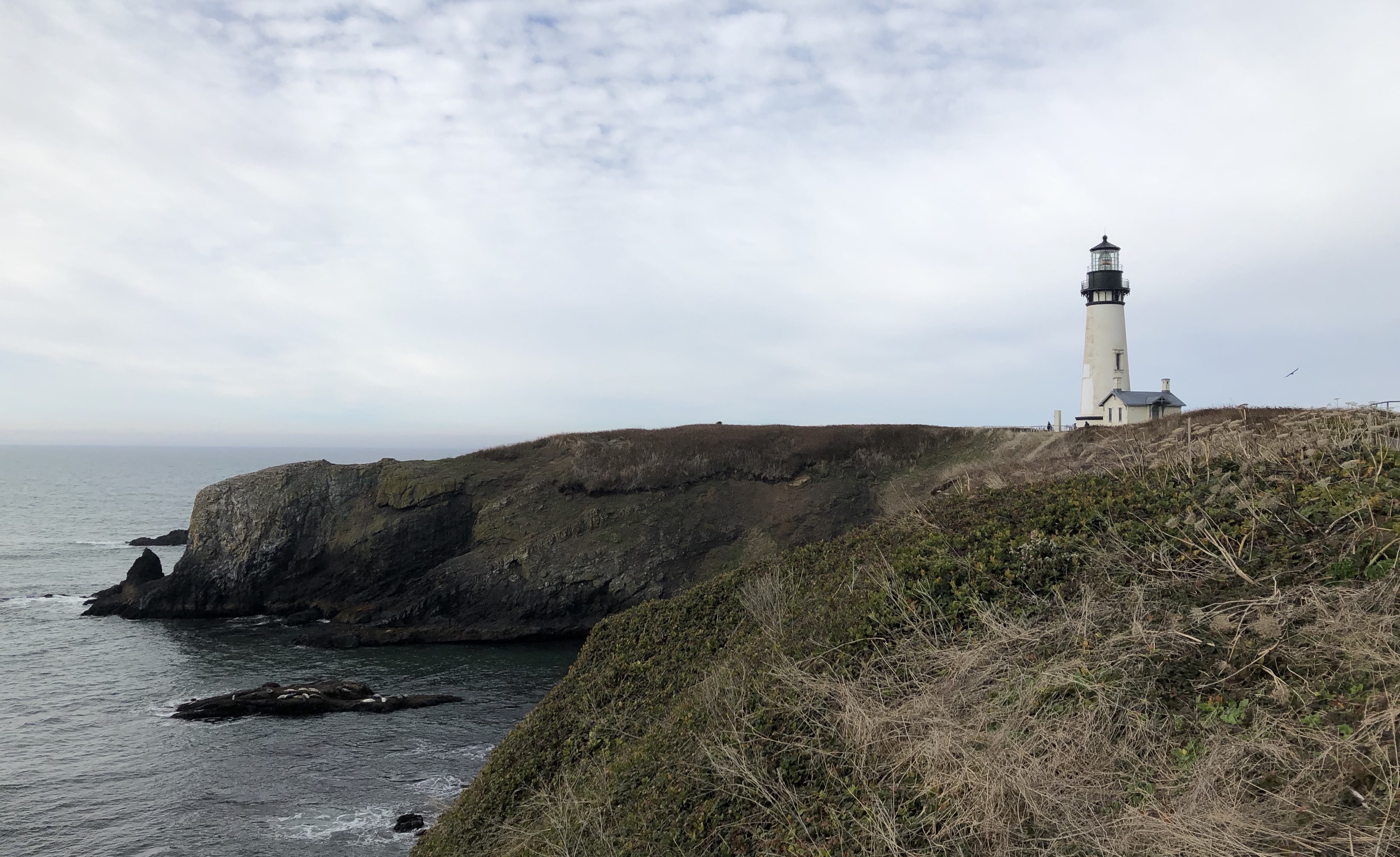 I took two long weekends (yes I am bad at vacations) with friends this year. Vacation 1 involved going to Vancouver, BC by train for tea, gardens, and food. Vacation 2 was a car trip to the coast, where I finally saw a lighthouse. I want to get better at taking vacations, and having friends to go with makes this easier.

This year I was honored to receive the Technical Leadership Award from Women Who Code Portland for my contributions to SRE, infrastructure engineering, and infosec. The award was decided by nominations and a committee, came as a complete surprise, and now sits proudly on my bookshelf.

Paid off my student loans

I attended a four year university on a combination of scholarships, grants, Resident Advisor stipends, some money from my parents, and high-interest loans. I feel very lucky that, after ten years of budgeting, I’m finally done with that chapter of my life.

While I did successfully stick to my goal of no international trips and no new talks, I did give two keynotes this year. First, I was the closing keynote for DevOpsDays Minneapolis, a well-planned and highly-attended conference run by great people. Then, I was the opening keynote for LISA19. This was especially poignant for me because LISA15 was my first conference talk acceptance ever. 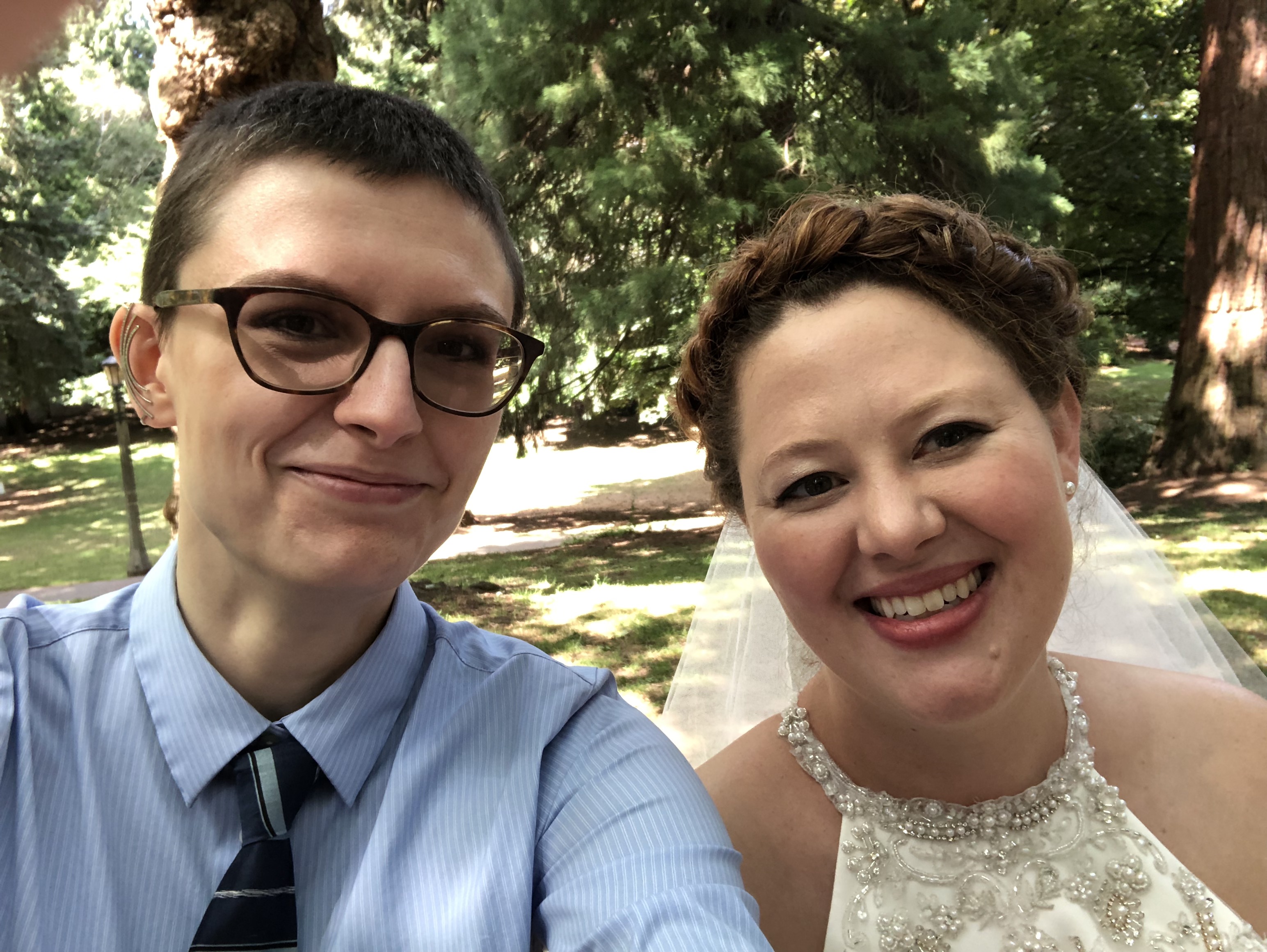 My friends got married during OSCON!

I have been emceeing the DevOpsDays Portland conference for 3 years and running the PDX DevOps meetup for 5 years. It has been a pleasure to watch these communities grow into welcoming and thoughtful spaces, and being a part of them has brought me a level of stability and comfort I seldom think about but would dearly miss.

I once again had the pleasure of attending XOXO Fest, a weekend of talks, games, art, and friends that continues to fill me with inspiration. This year was particularly helpful because I learned about Burnout by Emily and Amelia Nagoski. I found this book particularly helpful when navigating difficult decisions and recommend it for people who have lived, voluntarily or not, in the Woman box of society.

I once again coordinated a gift drive with NAYA (the Native American Youth and Family Center) through my PDX DevOps meetup. Last year we donated 23 gifts to local teens and tweens, and this year we donated 35! I don’t know if we’ll be able to top that number next year, but I’m always proud to see our DevOps community give back to the local area. 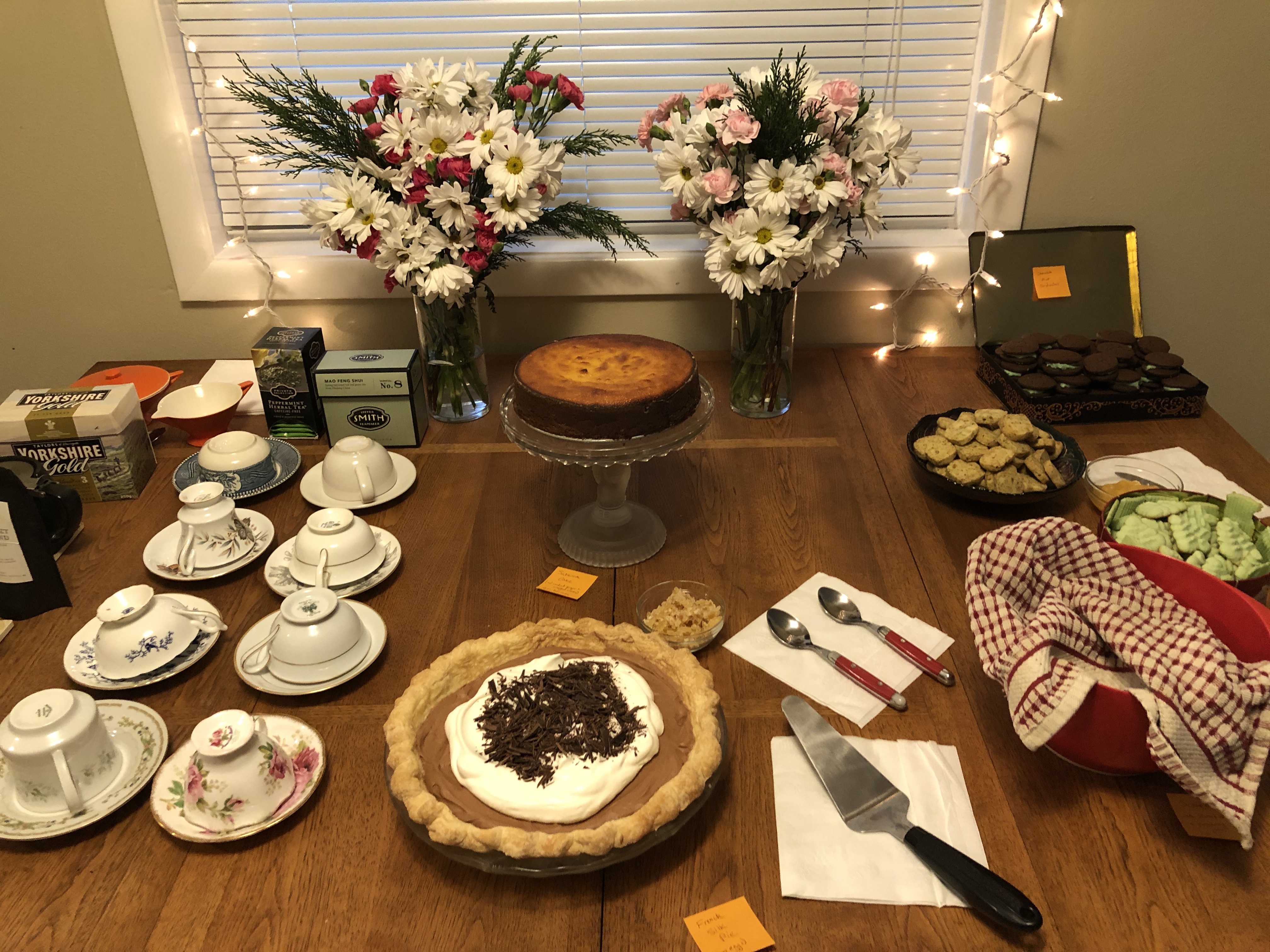 I know that’s a long list, but I wrote it as much for me than anyone else. Despite having what anyone would call a stressful year, I still wouldn’t throw it away. I learned some things, taught some others, and had experiences that I will enjoy sharing over many dinners (and tea) to come.

Alice Goldfuss is a systems punk with years of experience working on cutting-edge container platforms. She’s an international speaker who enjoys building modern infrastructure at-scale and streaming Capture the Flag challenges on the weekends.

I'm officially back on the job market. Continue reading

Work in the Time of Corona

Automating My Todo with GitHub and Twilio